David Shuster is the Man

Joe Scarborough is an ass. Has Scarborough been asleep for the last five years? After the Bush administration and the Iraqi government essentially adopt Obama's responsible withdrawal timeline, he's acting like the GOP had been there all along!

David Shuster was too smart to sit idly by. The rest of that gang? Not so much.

Somebody go dig up video of Scarborough calling Democrats defeatists for calling for timelines or benchmarks for withdrawal.

Scarborough has blood on his smarmy hands.

Joe Biden, a "Statesmen" for VP

With the announcement today that Sen. Joe Biden will be Sen. Barack Obama's running mate, my political fervor has been restored. I've taken a bit of a vacation from politics since the primaries wrapped up, holding back from reading the news compulsively because I was tired of being run around in the same old political circles...the pundits bouncing back and forth on who is more of an elitist or who can take which demographic for whatever over-generalized reason. But the question that drove me crazy the most the last few weeks was the one none of us could ignore: "Who will Obama pick as his VP?"

I was soooo tired of it. All the speculation, and then the last few days the media stalking those being vetted...it was getting a little ridiculous.

But now we have an answer, and it's a pretty damned good one.

As everyone in the media and across the interwebs is echoing right now, Biden brings the "experience" factor that Obama needs the most. He brings the white-working-class spirit. He brings a depth of character that complements Obama's, as the presumptive nominee emphasized in introducing his new running mate today. And he has the necessary oratorial strength to campaign alongside such a dynamic crowd-pleaser of a politician as Barack Obama, wielding a sharp tongue that won't hesitate to take an honest jab at the competition.

We received our office space assignment from the Office of Campus Activities (OCA) the a while back, and surprise surprise, our office mates are...The Drexel College Republicans! I don't know whose bright idea that was, but I think somebody had been watching too many episodes of "The Odd Couple." Naturally, now we won't really use our office. We won't store membership data, voter lists, schedules, briefings, or campaign paraphenalia, because how can we trust the CRs not to mess with it? It's too small to use for meetings, but perhaps it would be good for small meetings with staff, as long as the CRs aren't there at the time.

So I went down and checked it out yesterday, and it seems the CRs have moved in already! Please enjoy these pictures of the small basement office we were assigned to with the CRs. When you walk into the room, their desk is in the back left corner, while ours is the empty one directly to the right, in the opposite corner.

Since I am going away for the weekend and will miss most of the political chaos as Obama announces his VP choice I thought I'd take one last chance to guess who will be on the ticket... 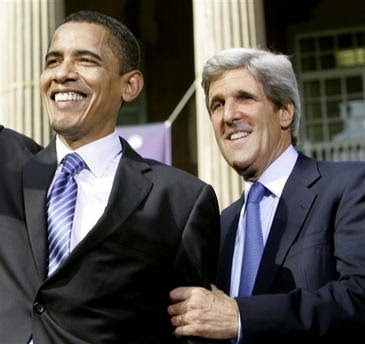 I know I know, I don't exactly know how I feel about it either but M.S. Bellows, Jr. at The Huffington Post breaks it down pretty nicely. For Obama to announce his VP this late the argument is that he will have to pick someone that is well known and prepared to run this last leg of the election. I really have to sit on this one before I decide how I feel.

What do you guys think?

I have to admit a small part of me is still holding out for Obama-Clinton. I guess we will finally know soon!

It all makes sense, McCain is just Dumb

For those of you who watched the Saddleback Church Forum as I did you may agree with me that something seemed odd about McCain's responses. I have come accustomed to McCain's staggered speech and awkward pauses but this time he really seemed robotic. He flew through the questions with one liners, barely taking anytime to think thoughtfully about his responses as Obama did. It was as if he had already known the questions and what his responses would be, and just paused for a brief moments to make it seem as if he was thinking off the top of his head. After hearing that John McCain was not in a "cone of silence" but was actually riding in a motorcade over to the church it all made sense that McCain may have actually known many of the questions beforehand and that is why he responded the way he did. Surely he could have easily listened to Obama's responses on the radio and thus would have known the questions in advanced as he drove over.

Then today I came across this article by Jack Cafferty which explains so many things about McCain and the Saddleback Forum.
The reason McCain won't let the media interview him without warning or approval, and the reason McCain's answers seemed so shallow and thoughtless during the Saddleback Forum (and throughout the campaign process in general for that matter) is because he's just dumb.

Emily's List's Loss is Our Gain 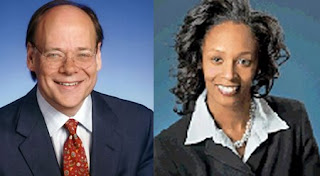 Normally I wouldn't really care who won the Democratic primary in Tennesse's 9th district, but normally candidates who run against popular and progressive incumbents and compare them to the KKK aren't backed by major Democratic interest groups like Emily's List. Tonight's primary wasn't normal.

Freshmen incumbent Steve Cohen, a Jewish white male (this comes up later), was being challenged by corporate attorney Nikki Tinker, a Christian African-American female. The Tinker campaign deployed absolutely appalling campaign propoganda, including trying to link Cohen to the KKK in ads, criticizing him for clapping in "our churches" while not representing "our values," and was associated with the following flyer. 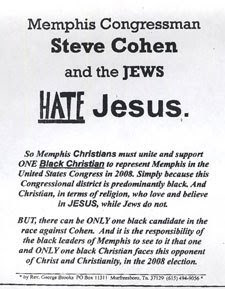 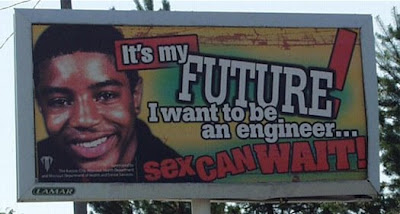 The next big thing at Drexel? I doubt it.

I support a comprehensive engineering education.

Jerome Corsi, the worthless slug who co-authored the swift boat hit piece on John Kerry in 2004 that questioned whether Kerry earned his medals, despite having never served in uniform himself, is back at it with Barack Obama. Corsi wrote the recently released "The Obama Nation" and it instantly became a New York Times bestseller through the wingnut welfare system (conservative organizations and donors buy books in bulk to inflate sales numbers).

Of course, like the swift boat book, Corsi's latest product is just another pile of innuendo and bullshit, without merit or credibility. Media Matters for America does a fine job debunking specific claims in the book, as they always do. Here is Paul Waldman of MMA, who does an excellent job (Via Atrios) on Larry King Live with Corsi.

In my thus far vain attempt to understand who is advising Sen. McCain on energy policy, I came across this handy compilation of key people on Sen. McCain's campaign. Of course, only a few people were identified on the policy end of things, except for a hilarious press release from the McCain campaign identifying 36 "economic advisors," no doubt an early attempt to shore up his weakness there.

While the familiar Douglas J. Holtz-Eakin is McCain's Senior Economic Policy Advisor, I wanted to know more about who might have helped craft the energy policy, not just shill for it. Dan Crippen, formerly of the CBO, is McCain's Senior Domestic Policy Advisor, but as far as I can tell he's never been particularly involved in energy policy. In fact, I can't find a single thing he's ever written or said about energy (which doesn't mean it isn't out there, but I can't find it), but there was this Fox News blurb that he had "helped McCain craft his health plan."

So what about that Policy Director, Dan McKivergan? Well, he's not an energy guy either, but he is interesting enough for other reasons.

I think that anyone who argued six months ago that McCain had too much integrity or character to try to lie his way into the Whitehouse have about a bakers dozen eggs on their face.

The man is going all in.